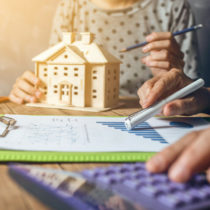 Over the past two decades, every pre-election year has seen a decline in investments in the real estate sector, which does not bode well for job creation

However, even with the worst of the liquidity crisis behind us, the road ahead for the real estate sector appears bleak and one big reason is the uncertainty around the 2019 elections, a Mint analysis suggests.

Data from the Reserve Bank of India (RBI) show that NBFCs emerged as a lifeline for the beleaguered realty sector as bank lending tightened amid mounting non-performing assets (NPAs) (charts 1a and 1b). 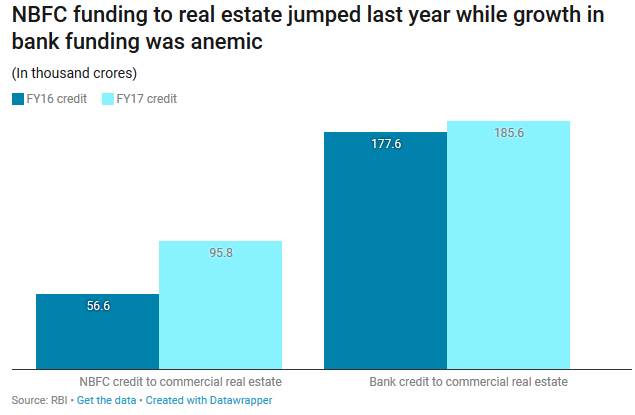 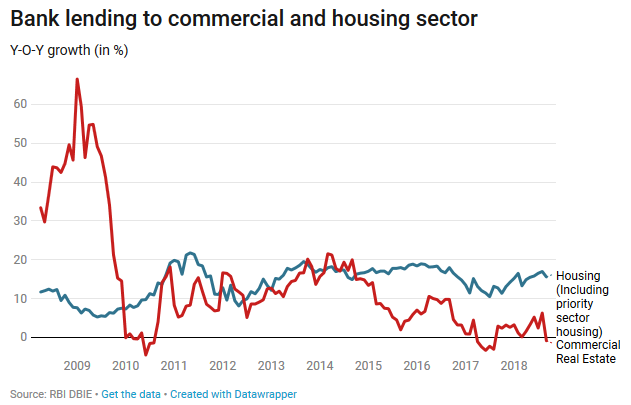 The commercial real estate sector has been hit especially hard, with banks reducing exposure to the toxic assets in this sector. However, the latest source of trouble for the sector may be the coming elections. Data from the project tracking database of the Centre for Monitoring Indian Economy (CMIE) show that over the past two decades, real estate launches have declined in each pre-election year (chart 2). 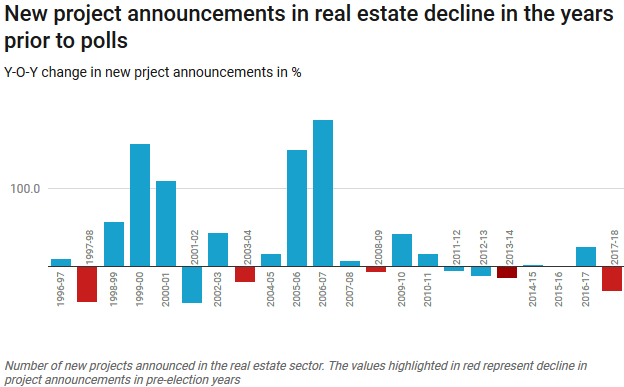 One reason for the political cycle in real estate investments lies in the rise in policy uncertainty ahead of elections. This effect is observed in other economies as well.

A 2014 research paper authored by Brandice Canes-Wrone of Princeton University and Jee-Kwang Park of Nazarbayev University uses evidence from the US housing market to argue that policy uncertainty generated by elections leads people to delay investments that entail high costs of reversal, resulting in pre-election declines in sectors such as real estate.

There may also be less benign reasons behind the election effect. Research by the political scientists Devesh Kapur and Milan Vaishnav suggest that real estate activity takes a hit ahead of Lok Sabha elections because builders divert funds to illicitly fund political campaigns.

While a pre-election slump may be a regular affair, this particular slump comes at a time when the real estate sector is in the midst of a prolonged slowdown.

CMIE data shows that growth in new projects in the housing sector has remained largely stagnant in the last decade, while it has declined sharply in the commercial real estate sector (chart 3). 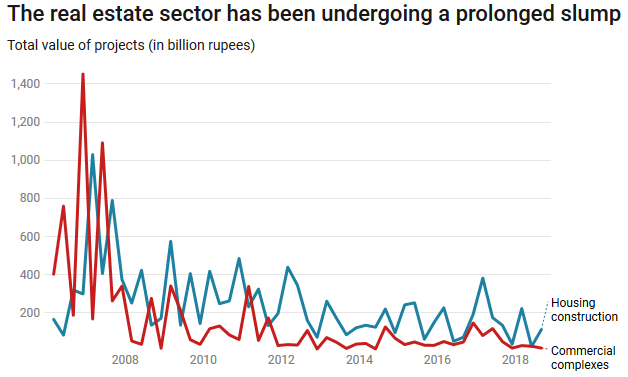 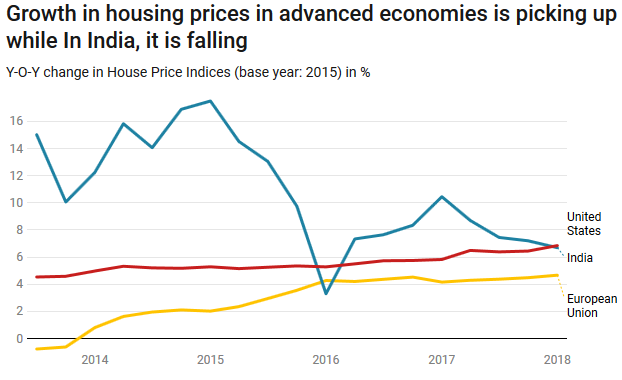 With elevated costs of finance and declining returns, recovery in India’s real estate sector still seems a long way off.

This means that property prices could correct further. While this may be good news for potential homebuyers, this may not be good news for those who have invested in real estate in the hope of earning high returns.

The slowdown in the sector also does not bode well for job creation, given that the construction and real estate sector have been among the biggest job creators over the past few decades.