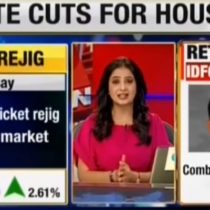 The Prime Minister’s Office & Finance Ministry are in favour of a big GST rate cut on housing and are working to build consensus with states to push this through at the next GST Council meet on December 22, ET Now learns from reliable sources. The intent is to be consumer friendly, and bring home buyers back to the market with a much cheaper GST rate.

Sources say there are currently two proposals on the table.

The first proposal is to slash the 12% GST on housing to 8% and bring it at par with affordable housing under the Credit Linked Subsidy Scheme of the Modi govt.

The second proposal is far more bold. It is to slash GST on housing from 12% to 5% but it does away with input tax credit (ITC) for builders. The government as well as the Sirector General of the Anti Profiteering Authority have observed that a majority of builders have not cut prices for home buyers, despite claiming the benefit of ITC which helps in reducing the cost of construction. After noticing a similar trend in F&B, the GST Council had decided to do away with ITC and had cut the GST rate to 5% for consumers.

“Housing has been the missing chink in the economy and either of the two proposals will go a long way in reviving a market which remains battered for many year,”said Rajeev Talwar, CEO & Wholetime Director, DLF.

The timing is interesting too. The big GST reboot for housing–if it goes through–will be before the General Elections and soon after the BJP’s drubbing in three big states.