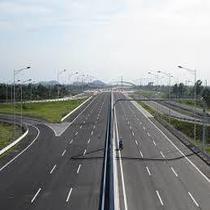 GURUGRAM: Residents of societies along the Dwarka Expressway met MCG commissioner V Umashankar on Saturday to express concern about the lack of public transport in the region that is home to 70,000 people and has thousands of flats being built in sectors along the speedway.

Members of the Dwarka Expressway Association, a group of local residents, discussed many issues related to the sector road development for several residential projects along the expressway and the fact that it is not clear whether developers or government agencies are rresponsible for these roads

“We requested to publish the concerned agency’s name and details on the public domain so that homebuyers or RWAs can follow up with the agency. The commissioner accepted the fact that there is some confusion and, in the next 2-3 months, he will call joint meetings with all concerned agencies to publish sector-wise charts allocating responsibility among builders and government authorities,” said Pradip Rahi, general secretary of the Dwarka Expressway Association.

Among other issues the residents discussed was the handover of land to the National Highways Authority of India from the Haryana border to the Basai foot overbridge, payment of compensation to New Palam Vihar and Kherki Dhaula oustees and repair of the existing Dwarka expressway carriageway.

“The MCG commissioner has assured us that connectivity of Dwarka Expressway with NH 8 is their top priority and it will be connected through the Central Peripheral Road,” said Sayyad Sameer, another resident of the area and an executive member of the association.

Umashankar, when approached for a comment, declined to speak on the issues and said he would get back on the developments along the Dwarka Expressway later.