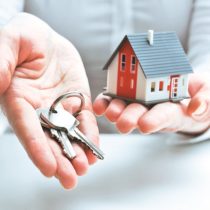 The minister, during a meeting in Chandigarh, also said that in the first phase 24,221 families would benefit under the PMAY scheme.

The action plan for another 19 cities is also being prepared and it would be soon sent to the central government for approval, an official release said, adding that people residing in slums in Faridabad would also be allotted houses under the Jawaharlal Nehru National Urban Renewal Mission (JNNURM).

It said that houses constructed by the National Building Construction Corporation (NBCC) in Faridabad in 2012 were being repaired.

Initially, 100 houses would be repaired and allotted to those residing in slums of small clusters. Basic amenities in these areas would be provided by the Municipal Corporation, Faridabad, the release said.