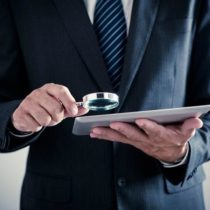 The probe has indicted the urban development authority’s estate office staff for their alleged involvement in the irregularities.

GURUGRAM: Huda has sought a high-level investigation into an alleged e-auction scam after an internal probe found irregularities in online sale of its properties in Gurugram last year. The probe has indicted the urban development authority’s estate office staff for their alleged involvement in the irregularities.

TOI had on September 28 highlighted the irregularities in the e-auction of Huda properties in the city, prompting the internal probe. The authority was accused of uploading details of properties on its website just two days before the e-auction in June-July, allegedly to benefit a couple of individuals and causing huge losses to the state exchequer. As per Huda rule, there should be a gap of minimum 20 days between date of uploading of property details on website and e-auction.

“Prima facie it was observed that (details of) properties were uploaded very late which had reduced the registration period less than what was has been prescribed,” said the probe report. The report, which was submitted to then Huda chief administrator Yashpal Yadav on March 1, the day he was transferred to MCG, has found that allegations of properties being uploaded on June 16, 2017, for the auction schedule of June 18, 2017, were true. A total of 21 plots were put up for e-auction, of which only six could be sold.

“It is matter of investigation whether there was any scam or not. Further it is worth mentioning that all the properties put to auction on these dates could not be sold, but a few properties were sold because against the remaining properties nobody got registration. This has been a trend in most of the auctions during the last one-and-a-half years,” the report says, adding, “Estate officers and staff concerned had been asked time and again to adhere to the timeline and not to delay in uploading details of properties for e-auction. Therefore, they are responsible for such delay and loss caused to authority, if any.”

Dhan Raj Bansal, an entrepreneur who first flagged the irregularities, welcomed the move. Bansal said, “Keeping a small window means getting less number of applications, lesser competition and greater risk of losses. There might have been more people who wanted to participate in the bidding but could not.”