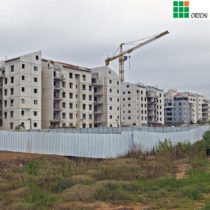 GURUGRAM: The department of town and country planning (DTCP) has issued licences for 19 New Affordable Housing Projects Gurgaon, which are likely to be launched in Gurugram soon on land released as part of the increased allotment for affordable housing. It follows the rise in demand for affordable housing, bucking the slow recovery of the real estate sector, keeping hopes of a full-scale revival alive.

During the past year, DTCP received 69 applications for affordable housing licences in Gurugram, after it invited applications in January 2008, once the state amended its Affordable Housing Policy 2013 in October 2017 to extend an existing cap of 300 acre in Gurugram district to 1,935 acre. During this period, projects involving around 11,000 new housing units were launched in Gurugram, of which around 5,000 are in the affordable category. Of the 69 applications received so far, DTCP has cleared 19 applications and issued licences to them, rejected five due to various shortcomings, and are processing 45 others.

Pradeep Aggarwal, chairman of National Council on Affordable Housing, said, “The majority of the people living in Gurugram and NCR comprises the salaried class, which has driven up the demand for affordable housing in the real estate sector. Of around 26,000 new units launched in NCR last year, 47% are in the affordable segment, he added.

Talking about sales, Surinder Singh of GLS Group said affordable housing witnessed a 22% growth during 2018, adding that demand for affordable housing is going through its emanating phase, and is expected to see a turnaround in the next 10 years. 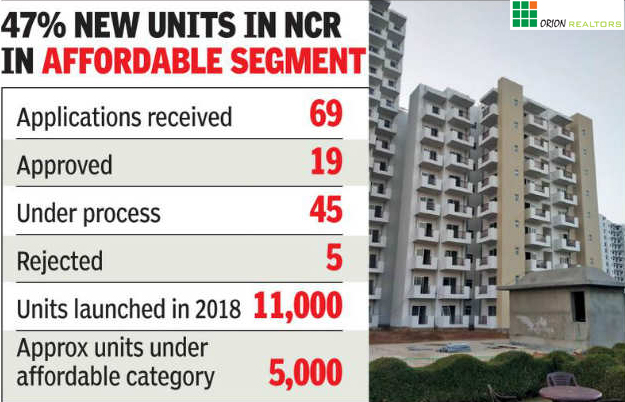 DTCP director general K M Pandurang said, “We’ve issued 19 licences, and are processing another 45 applications.” On the rejections, he said after examining the cases, DTCP has conveyed its observations to applicants. As and when they remove those deficiencies, licences will be granted.

As per the development plan, Gurugram district is covered under three plans — one each for Gurugram, Sohna and Gwalpahari. All three have been amended thus: Gurugram-Manesar Development Plan will now reserve 1,650 acre for affordable housing, while Gwalpahari will have 15 acre and Sohna 270 acre for the same. Based on this, sectors 1-115 of Gurugram will eventually have around 2.97 lakh units of affordable flats, with a further 48,600 in Sohna and 2,700 in Gwalpahari.