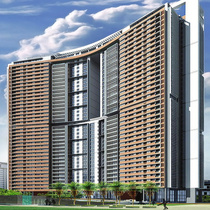 NEW DELHI: The Supreme Court was informed on Monday that as many as 4,688 homebuyers in 63 residential projects of Unitech had sought refund of their money totalling Rs 1,865 crore, while 3,761 homebuyers opted for getting possession of their flats.

Amicus curiae Pawan Shree Agrawal submitted a chart compiling the responses received from homebuyers in 63 Unitech projects — spread from Noida to Kolkata and Gurgaon to Chennai —between September 22 and October 13. He said as per Unitech, the refund amount was Rs 1,865 crore, while it was Rs 1,961 crore according to homebuyers.

Two days after resigning as solicitor general, senior advocate Ranjit Kumar appeared for Unitech and its managing director Sanjay Chandra, who is in jail, and told the SC, “I have chalked out a plan to pay every penny to those homebuyers who want refund and give possession to those who want flats. But allow me to come out of jail for six to eight weeks. Both refund and construction of flats to be given for possession require mobilisation of huge sums. This cannot be arranged when I am in jail.”

Kumar said the court could impose stringent conditions for allowing Chandra to come out on interim bail and sell assets to generate money required to protect the interest of every homebuyer, whether they want refund or possession of flats.

A bench of Chief Justice Dipak Misra and Justices A M Khanwilkar and D Y Chandrachud said, “It is our duty to see that the homebuyers get their money back. You (Chandra) have to show bona fide. You deposit Rs 1,000 crore and show us the plan you have to refund and give possession of flats as desired by the homebuyers. We did not know that the canvas is so large. We will give you time to either sell or auction your assets.”
Website: https://www.orionrealtors.com/