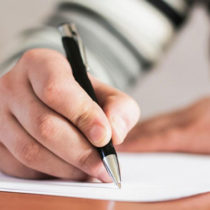 Homebuyers have alleged that state departments handling real estate matters are trying to dilute the enforcement of the Real Estate Regulatory Act ‘designed to be a lifesaver for home buyers’ and reached out to the Prime Minister and the Minister of Housing and Urban Affairs to ensure that no changes in the RERA be entertained for at least three years after all states have implemented it in letter and spirit.

“There is rampant corruption in the administration of departments handling real estate in states. As a consequence they, abetted by builders, are still trying to dilute the enforcement of RERA which is designed to be a life saver for home buyers,” the Federation of Apartments Owners Association’s chairman Gen (Retd) S K Bahri, also a Central Advisory Council Member, RERA, MoHUA, has said in a letter to the economic adviser to the Ministry of Housing and Urban Affairs, Union Minister Hardeep Puri and Prime Minister Narendra Modi.

Homebuyers have recommended that “no changes in the RERA Act be entertained for three years after all the states have notified their rules, appointed RERA administrators and tribunals which are in consonance with the letter and spirit of the Act as this will make developers and state administrators desist from diluting RERA,” the letter says.

The have also suggested that the model rules include penalties for officers of state administration who cause delay at any stage, prior to sanction or post completion of a project. “Timelines should be set at each stage as this is the main cause of breeding corruption,” the letter says.

At a workshop held in the Capital recently on the implementation of the Act, RERA chiefs from north Indian states had urged the ministry of housing and urban affairs to take advantage of the provision to ‘rectify the difficulties’ and amend the law before May 2019.

Chairman of Madhya Pradesh RERA Anthony de Sa had said at the workshop that homebuyers be barred from approaching consumer forums that focus only on ‘refund and compensation.’

Removal of difficulties provision in RERA is only for rectifying small apparent mistakes or errors that may be brought to notice within two years of the Act coming into force and cannot be used for amendment of the Act for which the only option available before the government is to approach Parliament, says Abhay Upadhyay, president Forum For People’s Collective Efforts and member Central Advisory Council, RERA, MoHUA.

“The workshop should have been used to hear the experiences of homebuyers as they are the ones at the receiving end of builders’ atrocities and RERA was necessitated to protect them rather than provide a platform for regulators to opine in favour of builders,” alleges Upadhyay.

At the same workshop held on November 15, union housing and urban affairs minister Hardeep Singh Puri had made it clear that the government would not amend any provision of the legislation at any cost and that states resorting to such practices would have to “fall in line, otherwise the consequences would be very harsh”.

“Provisions of RERA will not be tweaked at any cost. States that have tweaked their rules, they have to fall in line, otherwise the consequences would be very harsh,” he had said at the third regional workshop on RERA – A New Era of Transparency and Accountability in Real Estate, Two Years of Implementation and Way Ahead held in the Capital.

Asked about several home buyers not being delivered their houses by developers on time, the Union minister had said, “We will not hesitate from naming and shaming (of those developers not delivering flats on time).”

During the discussions at the workshop, Secretary MoHUA Durga Shanker Mishra, said that the biggest challenge that remains is that of registration of real estate projects. “What worries me is that while the country wide registration of projects is almost 34,000, in NCR less than 4000 have registered and if you take out UP, the number is insignificant. Why are people not coming forward to register their projects, this needs to be addressed,” he said.

Real estate developers who attended the workshop said that the focus should be on completing the projects. They said that developers do not resist RERA but they are “nervous about refunds”. They also said that the approving authorities should be brought under the ambit of RERA.

West Bengal is the only state in the country that has not accepted RERA. The Central Real Estate (Regulation and Development) Act (RERA) came into effect on May 1, 2017, exactly a year after it was passed by the Parliament.

In Karnataka, it is not illegal to buy or sell property that is not registered with RERA authority. The state government has banned sub-registrar offices from registering flats or plots, both new and ongoing projects that do not have a RERA registration number.

In Maharashtra, the MahaRERA has of late asked real estate developers to submit quality assurance certificates issued by engineers on the MahaRERA website starting next month. MahaRERA has also asked citizens to inform them and complain against unregistered projects on its website.